Yesterday was…rough. Well, actually it was hellish. I’ve been so seriously sick with this pregnancy the J has been working through his workbooks sporadically and pretty much solo. Yesterday was our first venture back into the “real world” of homeschooling. It did not go well. Hormones make my already short temper even worse, and a few lazy weeks scrambled the boy’s brain. He was driving me insane. There were three major problems we faced, and even though I was seriously discouraged yesterday (to the point of wondering if I needed to put him back in public school), I found some “solutions” that seemed to make a GIGANTIC difference today.

Our first obstacle seems silly, but I have a whole new respect/level of pity for those who educate the masses. So many children come to school underfed or poorly fed, and now I know from personal experience that it can make all the difference in the world.

A few weeks ago, I began to notice a pattern with J. On days he ate lots of treats, he was unbearable. He wouldn’t listen, couldn’t seem to follow simple instructions and no amount of privileges lost or threats made seemed to deter him. So we began an experiment. For a while, he wasn’t allowed to have any sweets until the very end of the day. Even then, he was only allowed to indulge if he’d behaved well tha day. The difference was unbelievable. He wasn’t working to “earn” the sweets. Instead, he forgot about them for the most part. He simply went on with his day and found healthy food to fill his tummy. 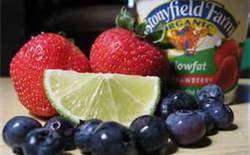 *Sidenote: This might sound stupid to some of you, or irresponsible to raise a child to have sweets all day without monitoring amounts, etc. But here’s the truth: my husband and I are thin people, blessed (and I really appreciate the blessing) with good metabolism and youth. We have no concept of a diet. We eat what we want, when we want. The only real restrictions are due to my son’s peanut butter allergy and my aversion to cooking a thousand tons of bacon every day (which the boys would gladly eat). So, we have no practice in this food-watching mentality. Add to that a life-long need for J to put on some freaking weight and you see the recipe which lead to our disaster.

Anyway, the morning sickness threw the whole plan out the window because the food J could get for himself and his brother were things like Pop Tarts, packaged donuts, fruit snacks, etc. Yesterday, which started out rough for me, J ate a Zinger and some snacks before I was even up and about. Since he ate all of his lunch without complaint, he was again rewarded with a sweet treat, and so the day went.

He was a mess. I’m not blaming the food entirely. He’s six and needs to bear some responsibility, but here’s the kicker-today he had cheesy eggs for breakfast (yay I can tolerate the smell of eggs!) and no sweet snacks between meals and he was so much more manageable.

Where there were fits and fights; tears and time-outs yesterday–today there was only mild frustration and brief re-explanations.

Sometimes I forget how very like me J is. Whether it’s the fact that we spent the first few years with just the two of us, or genetic luck-of-the-draw the fact remains: I have a mini-me. He is sensitive and desperately tries to please everyone. He like classic literature at 6, and he thrives in structured situations.

Nothing freaks this kids out more than a free-world where he’s told to just go and create. He needs parameters and defined expectations. He needs checklists and a defined timeline. Take a look at my Home Management Guide and you will see how absolutely identical this is to my personality.

Unfortunately, I completely forgot this about my son.

All of yesterday we bickered because he kept trying to define every activity that was coming up–while we were still in the middle of a lesson. I was losing my mind. I could not understand why he wouldn’t just focus on the task at hand. Well, thanks to sugar and my own parenting fail, the poor kid was floundering. He kept trying to set up a task list, and I kept shooting him down.

So, instead of dwelling on how much I suck as a parent, I developed a plan. Today, first thing, I let J choose the order of his books. (He’s finally getting the hang of spreading out the “hard” work so it isn’t all left for the end of the day when he’s anxious to get outside). After he laid out his plan for the day, we wrote it on the board in task list form. Everything was planned-including breaks, naps, and what would have to wait for Cub to sleep to be completed, and each item was marked out when completed.

First of all, things went better because I wasn’t tempted to strangle him every eight minutes when he asked what was coming next. Second of all, J was able to feel like he had control of the day. He developed the plan and it was all neatly laid out for him. I was even able to introduce two completely new concepts, which he rocked at!

We’re never going back to our lackadaisical ways! It doesn’t work for us.

In keeping with the theme, I realized that J could do well with having written reminder cards of our more troublesome concepts. For instance, a major point of contention yesterday was the oft-repeated requirements of a sentence (capital letter, ending mark, etc.). We’ve been working on sentences for weeks, but yesterday I realized he was not absorbing the information at all. So today, we established a different course.

To begin with, J had to tell me–from memory–the sentence requirements. I was pleased to discover that he actually did know them. Next, he had to write them for himself on a piece of paper. I know this is old-fashioned, but for me-if I write something, I remember it for a very long time. It’s actually how I learn lines for plays and such.

Anyway, after that, he had to complete his workbook. After he was finished, he got his first taste of self-checking his work before handing it in.

By using his guide and actually checking what he’d done, he managed a perfect score. After the 71 percent on yesterday’s work, we felt like kings!

Well, that’s our story of surviving a rough homeschooling day wrought with bad food, bad parenting, and hormones. I have renewed hope going forward. More than anything, I just hope I can remember to listen to him. He was telling me all along exactly what he needed. I just need to listen. 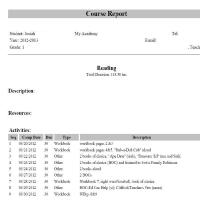 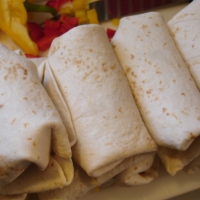 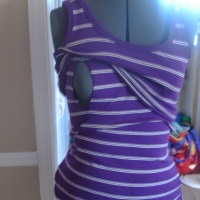 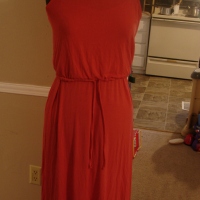 This blog is devoted to stuff that white people like

The funny side of family life.

Sharing my life with you x

A complete, free online Christian homeschool curriculum for your family and mine

Not a "how to be a great parent" blog

Building Family. Adventures in Homeschooling, Homemaking, and Our Happy Life at Home

Bits of My Threadbare Soul

Finding Beauty in the Unexpected

Random thoughts throughout the day

Raising 5 Kids With Disabilities and Remaining Sane Blog
About The Children, LLC's Blog

This WordPress.com site is the cat’s pajamas

Musings from this side of motherhood

Snoozing on the Sofa